A Derbyshire community group has recently been successful in being awarded charitable status by the Charity Commission.

Belper Clusters Heritage Group is run by volunteers from Belper in Derbyshire who, through local support and Heritage Lottery funding, have established a charity for the purpose of preserving the historic features of The Clusters in the town.

The Belper Clusters is an area of housing originally built by renowned Jebediah Strutt in the early 19th century for local mill workers. Belper is rich in its cultural history, having been heavily influenced by the Strutt estate and their state-of-the-art 18th century water-powered cotton spinning mills. The Clusters are said to exhibit some of the best features of the Strutt estate. They remain among the earliest ever built models of semi-detached and back-to-back houses in the country. By setting up the charity, its trustees are keen not only to preserve the area but also to promote its educational benefit for the public.

Belper sits in the heart of the scenic Derwent Valley and, today, is an increasingly popular place for people to shop, relax and venture into the Peak District.

Part of Belper’s charm is it that it still retains so much of its heritage. The town proudly celebrates its place on the world stage as the only town in East Midlands to be a recognised world heritage site. The charity hopes to play a key role in developing that heritage.

Ben Bourne, our Charity Director, worked closely with one of the trustees, Trevor Burton to carry out the legal work.

“This is a really exciting stage for Belper and the Derwent Valley World Heritage Site. We are pleased to be involved in preserving this historic area for generations to come. The help received from Ben has been invaluable in obtaining our charitable status.” 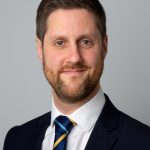